Dr. Agbleke received his Bachelor of Science degree from the University of Ghana, Legon, with first class honors in Biochemistry, in 2006. He was appointed a Teaching Assistant at the Department of Pharmacology at the University of Ghana Medical School from 2006-2007. In Fall 2008, He entered the graduate program at the University of Alabama at Birmingham, USA, where he obtained his Doctorate degree in Biochemistry and Molecular Genetics. Dr. Agbleke discovered the coupling of transcription and gyrase in maintaining steady supercoiling state and cell growth.

Dr. Agbleke joined the Kleckner Laboratory at Harvard University immediately upon graduation to study homologous chromosome interaction by tracking cells over many generations at short time intervals through live cell imaging. He is still pursuing his postdoctoral studies.

Dr. Agbleke is the co-founder of Sena Institute of Technology and the current president of the Institute. His passion is to build an institute of higher learning dedicated to research across the African continent. 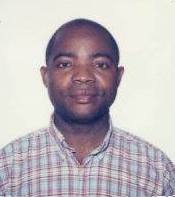 Michael is the Chief Operating Officer and Co-founder of Sena Institute of Technology. Currently, he is a Physician Assistant interning at Comboni Hospital, Sogakope. This hospital is among few hospitals dedicated to providing health care to the people in South Tongu District. In addition, Michael is a data analyst at Medlook Ghana, an NGO responsible for health promotion, education, screening and immunization at Sogakope and its environs.

Previously, he had worked as a Teaching Assistant at the Department of Agriculture Extension at the University of Ghana and also at the Ghana Statistical Service as an Enumerator and Data Processing Officer. Moreover, He holds two Bachelor of Science degrees; one in Physician Assistantship and the other in Agricultural Economics. He has a professional certificate in Software Designing from IPMC, a renowned IT training center in Ghana.

Michael loves applications of science and has a passion for developing research in multidisciplinary programs.

Dzigbodi Doke holds a PhD from the School of Public Health, University of Alabama at Birmingham, USA. The main focus of her work was in risk assessment, which estimates the nature and probability of adverse effects as a result of exposure to chemicals in contaminated environmental media. Her career objectives include improving assessment of environmental risks for sound environmental management and policy making. Dzigbodi also has an interest in promoting Daphnia (a fresh water invertebrate) as an alternative whole animal model for scientific research.

She has a rich background in community based resource management. She has served as a member in the Upper West Regional Environmental Management Committee established by the Environmental Protection Agency of Ghana, providing technical advice on environmental management issues in the Region (2007 to 2010).

She is currently a Lecturer in environmental management at the University for Development Studies (UDS). She is a Lead Researcher (UDS) of one of the Water, Land and Ecosystems (WLE) sponsored researches led by the International Center for Tropical Agriculture (CIAT) aimed at improving livelihoods in the Volta Basins. She is the recipient of several awards including a Fulbright scholarship award, International Tropical Timber Organization Fellowship Award, Society of Toxicology Travel Award and the Association of African Universities Staff Exchange Award. Her studies in the past included an undergraduate study in Integrated Development Studies at UDS (2000) in Ghana and a Master of Philosophy in Environmental Science at the University of Ghana (2005).

Mr. Hannan is an entrepreneur, a dedicated worker helping to develop pioneering technologies in genetics and a passionate science advocate. Mr. Hannan received his Master of Science degree from the University of Chittagong, Bangladesh, with first class first honors in Wildlife Management and Conservation Biology in 2001. While he was a student he was involved with WCS USA and a team of researchers at the Chittagong University to conduct a longtime freshwater and marine mammal study to help establish freshwater and marine protected areas in Bangladesh. After his graduation, he has spent two years teaching "O" and "A" label biology at Chittagong Grammer School, Bangladesh. Then he moved to work as a Wildlife Biodiversity Conservation Officer with the Coastal and Wetland Biodiversity Management Project  (CWBMP) implemented by United Nations Development Programs (UNDP) and the Department of Environment Bangladesh. He has worked extensively in the remote freshwater wetlands and coastal area of Bangladesh to manage wildlife in the Ecologically Critical Areas (ECAs). In the summer of 2008, he was awarded a Global Fellowship in Duke University Marine Laboratory to study Sea Turtle Conservation, Coastal Zone Management, and Marine Biodiversity.

Currently, he is a Research Assistant at Department of Genetics, Harvard Medical School. Mr. Hannan works with the Oligopaints technology and its potential for visualizing entire genome of all organisms to unfold their unknown mysteries. As he works with genetic tools and their prospects, Mr. Hannan is eager to increase awareness in faith-based communities and engage them on the topic of personal genetics. Realizing the importance of community engagement, he started working part-time with Personal Genetics Education Project (pgEd), Harvard Medical School to raise awareness on personal genetics and precision medicine among the Muslim communities here in the US, Southeast Asia and in the Middle Eastern countries.

He grew up on a small family farm in Bangladesh. He loves farming, bird watching, kayaking, and FISHing. He is the owner of Hannan Agro Farms based in Massachusetts specialized in growing Heirloom vegetables using organic methods and sustainable practices. He believes getting healthy food is a human right.